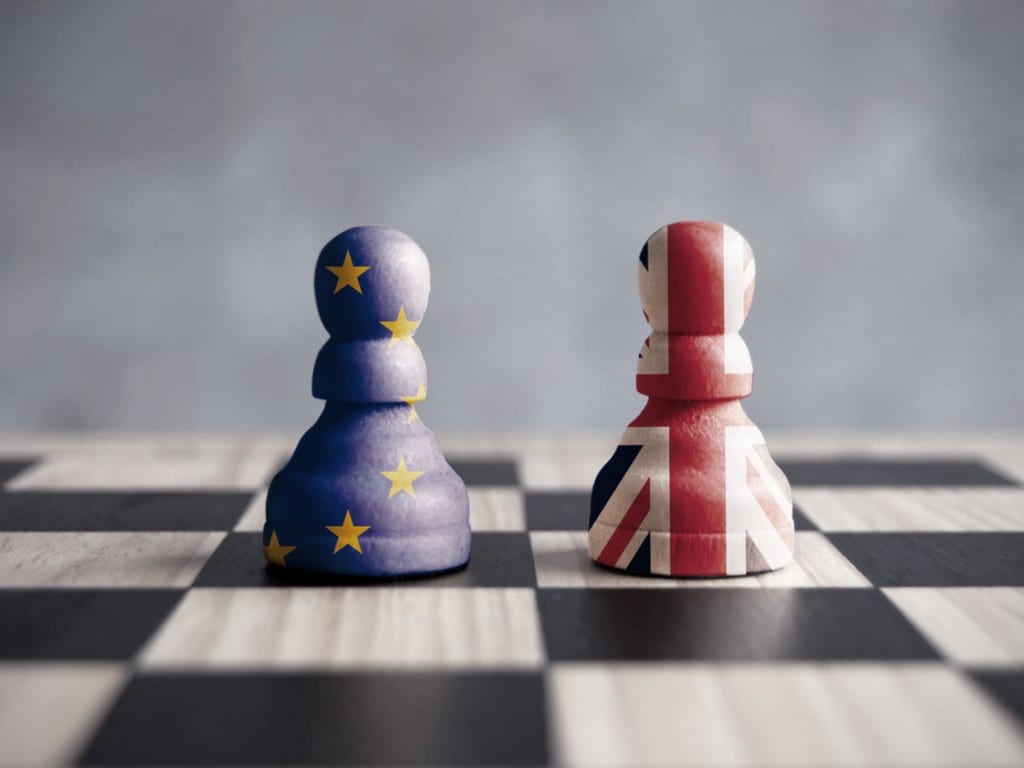 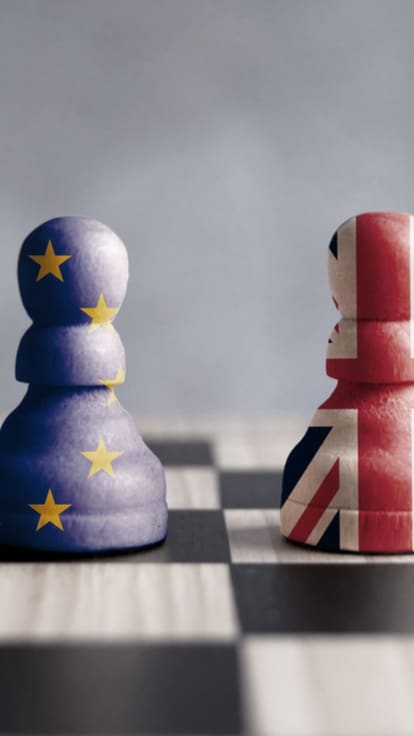 Summary:  The EU has extended the Article 50 deadline two weeks to allow May to succeed or fail with the twice-defeated existing deal. What comes next remains uncertain, but the timelines are shaping up for the market either way.

The EU has granted beleaguered UK Prime Minister May a two-week extension of Article 50 to April 12 to try once again to gain approval for her twice-defeated deal. This third vote is effectively a vote on an unchanged deal, while the second vote at least added a few EU assurances relative to the deal as presented at the first vote. Even with the two-week extension, May’s time is rapidly running out and we are entering the Brexit endgame with three potential outcomes on a reasonably known timeline that allows for the market to more effectively take a position via options, knowing that at least some outcome will be known upon expiry.

Here we’ll just briefly run through some scenarios and how these may play out in the market as an exercise in food for thought and especially to make the point that extreme outcomes are a risk, even if not the highest probability risk here.

May’s deal passes a vote = the immediate sterling relief trade is on?

For May’s deal to succeed with a third vote next week (the assumed timeframe of a vote), it would likely require some – so far absent – support from a band of opposition rebels.  In any case, a yes vote brings a further delay of Article 50 until May 22, the cusp of EU parliamentary elections, to allow the two sides to work out further details. But we assume that extension is merely a formality to allow a smooth transition and the markets would immediately run with the ball if the third vote approves May’s deal. We assume that a yes vote opens up the most sterling-positive outcome in kneejerk terms, merely on the lifting of near-term uncertainty and the risk that downside sterling options delta exposure is lifted as implied volatilities collapse.

Further out, unfortunately, fresh negotiations would get underway on the nature and terms of an eventual trade deal and the Irish backstop issue will remain. As well, the credit impulse for the UK looks very negative and the country’s growth may underwhelm even with a smooth soft Brexit – so sterling upside may prove limited even if see a chunky and sharp positive repricing.

The chief reason to suspect that May’s deal may finally succeed is the fear among pro-Brexit Tories and perhaps even some pro-Brexit Labour members that a rejection of the May’s deal sets in motion a very high risk that Brexit is eventually negated via a second referendum (more on this below). And besides, even if those voting in favour of the deal are holding their noses while doing so, if pro-Brexit forces feel they are being poorly treated under the terms of the May deal as the reality of Brexit emerges, the thinking goes, they can seek a more thorough Brexit down the road.

May’s deal fails and then what?

In the quite possible event that Prime Minister May’s vote fails, the situation gets very tricky. Some believe that May would prefer to deliver a No Deal Brexit than no Brexit at all and that the situation is further aggravated by the EU’s tiring of the UK’s intransigence. I still see this as a low odds wild card, if still possible. To avoid a No Deal risk, a strong majority of anti No Deal forces in Parliament could seize the initiative and see May entirely losing control of the situation as a rejection of her deal is de facto a rejection of her ability to lead. It’s not entirely clear what could happen, but we’ll consider two scenarios – a No Deal with or without a cliff edge and a Long Delay.

No Deal Brexit – the shocker scenario

If a No Deal does result, the situation for sterling could get very touch-and-go and moves on the order of 10% in short order are feared in sterling – the added difficulty here is that the threat of negotiations going down to the final hours could see a No Deal scenario appearing and then disappearing after an emergency meeting, etc.. Still, we’ll consider a straight-up No Deal scenario and what that could mean.

Base case for No Deal: on a No Deal with the fear of a cliff edge (even if cooler heads hopefully prevent the fears of things like shortage of food and medicine from being realised) could see a 10% move or larger in GBP. We prefer put spreads more than outright put options, simply due to the very high price of the downside insurance, but if an underlying exposure in a portfolio is at risk, than plain puts may be the order of the day. Warning: insurance is expensive. Examples: A 1-month 1.2700 put (for expiry April 23 with GBPUSD trading at 1.3150 on March 22, costs 77 pips). A 1.2800-1.2500 put spread costs about 70 pips – so >300% gain on the amount risked on the strategy if GBPUSD trades near 1.2500 at expiry. Breakeven price is 1.2730 for the latter and 1.2623 for the former.

The last minute nature of this latest Brexit uncertainty ahead of the original deadline – and now the short extension – has reaggravated option implied volatility as the market now sees the situation as fraught with more danger – note that the 10-delta GBPUSD option skew is far more negative – with lower-delta puts featuring a 5% higher implied volatility. The 1-month volatility has spiked back above 12% –mostly simply because Brexit entered the 1-month time window (three-month volatilities have only risen slightly). In other words, the market suddenly more thoroughly respects the risk of a chunky move with a No Deal Brexit as extreme downside insurance is expensive, but the overall implied volatility is merely elevated.
A long delay of Brexit

This is certainly the least satisfactory outcome for traders looking for a strong directional move in sterling in coming weeks. If May’s deal fails, the two sides may agree to a 9-month or longer delay that the EU is amenable to in order to avoid short-term economic disruption just ahead of EU parliamentary elections. For the EU to agree, the UK’s “new way forward” would have to include participation in the EU parliamentary elections and then perhaps a promise to hold national elections and maybe even the crafting of a new referendum or pair of referendums (one on Brexit itself and a second on what type of Brexit) with clearer options. Either way, this doesn’t really point to a satisfactory outcome and instead likely sees a partial collapse in short-term sterling volatility as we merely extend the horizon of uncertainty out into late this year or longer.

Base case for a long Brexit delay: we don’t really have a base case for this one via options as shorting volatility outright looks too expensive in reward for the risk terms. Still, sterling may try to rally a bit before suffering a setback in this scenario. We’d probably look at selling GBPJPY as any initial positive initial spin for sterling may quickly fade and we like the JPY in the event global risk appetite is rolling over.

Commodities are the new black and your inflation fighting friend

Is Snap’s outlook cut an omen of Dimon’s storm clouds?