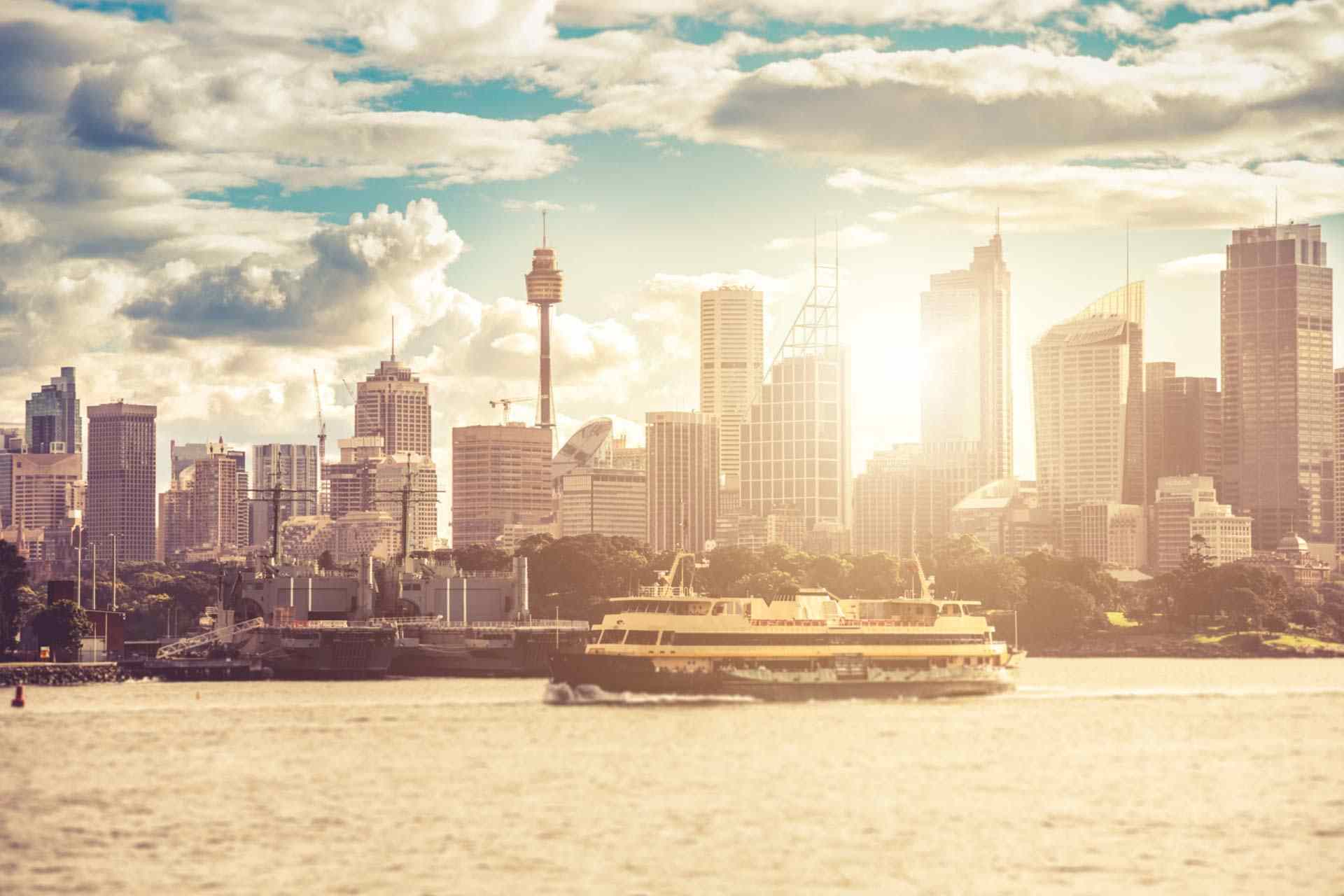 Why Aussie monetary policy is no panacea for economic ills

Summary:  Central banks are falling on their resolve like dominoes, both the Fed and the European Central Bank, which not so long ago were talking about raising rates, are now both open to cutting them. The Reserve Bank of Australia is no exception.

Last week saw the RBA cut the cash rate 25 basis points to a new record low of 1.25%. This move was widely expected by the market (not the relentlessly optimistic central bank) after several quarters of below trend growth saw economic growth slide to weakest level since the great financial crisis. The nationwide housing slump became the worst on record, leaving heavily indebted households unable to maintain spending in an economy where household spending accounts for almost 60% of economic activity. And finally, the RBA’s one remaining pillar of strength (the labour market) crumbled as unemployment picked up to 5.2% in April, well above the level need to spur wage gains and inflationary pressures. Whilst participation increased, spare capacity also rose – another nail in the inflation coffin – further cementing the realities of anaemic wage growth preventing inflationary pressures from materialising.

Finally, the RBA, woefully behind the curve and by no means pre-emptive, woke up to the marked deterioration in economic growth and shifted away from their unmandated “flexible” inflation targeting that’s seen them fail to hit even the bottom end of its 2-3% inflation target for past three years. In fact, inflation has averaged just 1.72% over that period and is now trending in wrong direction.

The question now becomes how many rate cuts will we see from the RBA. Given that the forecasts in the May Statement on Monetary Policy were predicated on two rate cuts, 50 basis points by year-end should be an inevitability, something Governor Lowe confirmed in his evening speech following the decision to lower the cash rate last week where he said, “it is not unreasonable to expect a lower cash rate”. Last week's GDP data also confirmed lower rates are incoming as the data revealed the economy grew by just 0.4% in the three months to March, and 1.8% in the year, the slowest annual pace since the GFC. And looking at the finer details presents an even more worrying picture with household spending accounting for just 0.1 percentage point of that increase in growth, confirming the slump in property prices and stagnant income growth has manifested itself in weaker discretionary spending. A ScoMo (aka Australian prime minister Scott Morrison) “miracle” win at the ballots and 25 bps of rate cuts isn’t going to turn this ship so easily.

Given that the RBA has abandoned other indicators of economic health to explicitly tie the outlook for monetary policy to the labour market, the focus will continue to be on jobs, so traders’ eyes will be glued to the May data, set for release tomorrow (June 13). A further deterioration in the labour market would put another 25 bps cut in play for July. However, if unemployment holds steady August is more likely given the glacial pace with which the RBA takes action.

Undoubtedly further cuts are on the way, but it is hard to see just two rate cuts providing a material impact in rebounding growth and returning inflation to target, against a backdrop of escalating trade tensions, a budding “tech cold-war”,  weakening global growth and a domestic economy growing well below trend where the labour market is beginning to deteriorate and productivity is waning. Especially as Governor Lowe signalled last week that the RBA now thinks NAIRU is probably lower than 5% as previously thought and unemployment needs to fall substantially further before wage pressures pick up. The RBA forecasts of a 5% unemployment rate are predicated upon two rate cuts and if unemployment now needs to fall below 5% in order to spur inflation three rate cuts could also be an inevitability.

Another obstacle the RBA has to contend with is the ability for the banks to pass on further rate cuts. Given that another rate cut could come by July and the swaps market is looking for a terminal rate of less than 1%, with the current implied policy curve suggesting an implied rate of 0.73% by June 2020. it is fair to say margin pressure would intensify, considerably limiting the banks’ ability to pass on rate cuts in full, as every additional rate cut would squeeze profit margins. We have already seen ANZ and Westpac skip a much-needed PR stunt, and refrain from doing so right from the offset of last week's initial 25 bps cut. This despite vocal appeals from the treasurer, Josh Frydenberg, and governor Lowe.

The timing of a third rate cut may be determined by when the Fed moves to cut rates in the US.

At the centre of our concern is the obliteration of green shoots in global growth arising from escalating trade tensions causing a recalibration in growth expectations for the second half of this year. As we said last week, the bond market sniffed this growth slowdown out sometime ago, equities are catching on and once the Fed wakes up, rates will likely be cut. Fed Chairman Jerome Powell confirmed this on Tuesday hinting that the the Federal Reserve is prepared to respond if necessary. The Federal Reserve and its global peers (not least the RBA) are increasingly behind the curve and will move to do what they can (non-NIRP banks, at least) to aggressively cut policy rates.  As our Chief Economist, Steen Jakobsen, has previously noted, we see the Fed cutting by at least 50 basis points by October.

As trade tensions ratchet higher uncertainty paralyses decision-making for multinational companies, burdens capex intentions and forces supply chains to be unravelled in order to remove risk and the US economy slows. Thus, pressure is rising aggressively for the Fed to deliver on rate cuts beginning next month. The swaps market is now pricing 79% odds of a quarter point cut to the Fed Funds target range in July, with almost three cuts priced by June 2020. Barclay’s economists are going for a punchy 50 bps cut in July. Friday’s jobs data also showed that payrolls growth slowed abruptly in May, raising the odds that the Fed will move sooner rather than later against the backdrop of heightened political uncertainty.

The RBA has detailed the exchange rate as a critical channel through which to stimulate the economy. In general terms, a weaker currency will stimulate exports and make imports more expensive, so a weaker currency provides a boost to the economy. Another mechanism through which easier monetary policy boosts demand, US/Australian interest rate differentials remain a key factor in currency valuation and if the Fed does move aggressively on rate cuts this will force the RBAs hand in the race to the bottom.

Again, the bond market has caught on to this dynamic, but the FX market is yet to catch on. Commodity prices have played a crucial role to date in propping up the AUD. 62% Fe Iron Ore has pushed north of US$100/tonne giving the AUD a vital lifeline. But in this environment, as the domestic outlook remains dim and rates head to new record lows even further towards the lower bound AUD downside will prevail. However, the next hurdle for the AUD will be tomorrows jobs data, with any further deterioration in the labour market putting July rate cuts into action.

But the root of the problem, for the RBA and its global peers, monetary policy is no panacea for economic ills. A fact the RBA itself  has long bemoaned, and now more vocally than ever. In what feels like somewhat of an attempt to pass on the problem, the RBA is urging the government and Senate crossbenchers to band together in order to support the ailing economy so as not to leave the central bank doing all the heavy lifting.

Against a deteriorating global backdrop, and policy rate fast approaching the zero-lower rendering monetary stimulus akin to feebly pushing on a string, a coordinated policy response is necessary. Up next should be a real focus on productivity reforms, infrastructure spending and other fiscal measures in order to reignite confidence and a self-sustaining recovery in economic growth. Already policymakers are behind the curve on policy settings and risk a further disruption in confidence and persistent below trend growth if trading conditions are not restored among consumers and the business community.