Fed powerless in the face of an inverted yield curve 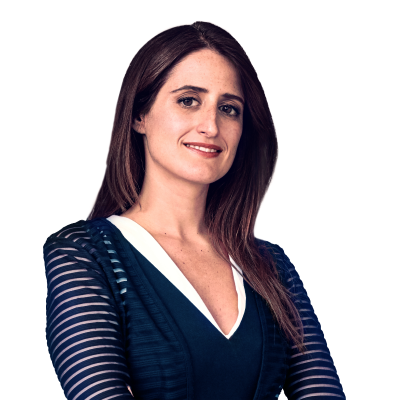 Summary:  Warning signs of economic fragility are stacking up and a recession seems increasingly likely. But the Fed seems disinterested and may end up over-tightening the economy. In such a volatile environment, defensive investing is to be preferred.

I still remember the words of the United Kingdom’s Queen Elizabeth when she visited the London School of Economics back in 2009 and spoke about the financial crisis. She was stunned that “financial wizards” failed to predict the timing and severity of the economic crisis. The thing is that it is easy, once things go south, to point the finger and to say how things could have been prevented. However, it is much harder to bet on a collapse when there is little sign that a crisis is imminent and when most things are going ok.

This is how the global financial crisis in 2008 happened: everybody was on the same boat, riding the wave of the moment and disregarding signs of distress within the financial markets. On that boat there were smart and experienced people all riding the same wave, because if they didn’t, they would have missed those solid returns that the market had seemed to guarantee in the past few years. After all, betting against the market implies a hefty loss, hence most investors prefer to "play safe” and follow trends.

Many observers say that things are different now, that we are better equipped to face a crisis, but are we? We live in a distorted market, largely manipulated by central banks policies. Yes, that’s right – manipulated. The big balance sheets of the Fed and the European Central Bank do not comfort investors that crises such as the one of 2008 are not possible, because central banks have it all under control.

However, this week, having seen the equity market tumble and US treasuries rally after the G20 meeting, many are finally starting to wonder whether everything really is under control.

The reality is that the only thing that investors can control now is their market exposure and deciding where to invest and what to avoid. We have promoted defensive industries and assets for a while now, but now it’s time to realistically consider this option as the end-of-year rally is turning into a bloodbath.

On Monday we saw the first nefarious signs of an inverted yield curve. The spread between 5-year treasuries and 2-year Treasuries has gone below zero for the first time in 11 years. While it is true that the spread between 10-year and 2-year treasuries is still trading above zero, the sudden tightening to 10 bps has been fast and sudden, suggesting that an inversion in longer part of the curve is also on the cards. It is just a matter of time.

The two elements that are pushing the US yield curve towards inversion are monetary policy and trade policy. Lately, a lot of emphasis has been put on trade policy, however, the thing that has historically proven influential and immediately effective on the US economy is monetary policy, and currently, the Fed seems to be disregarding both the flattening of the yield curve and the tumbling equity markets.

Indeed, it seems that the Fed feels that a correction in equities is healthy as equity valuations have been rising more than expected, causing US household net wealth to grow faster than the country’s nominal GDP. In the graph below you can see that these two data sets normally grow in parallel and whenever US household wealth grows too far away from nominal GDP, a crisis adjusts the value of the former.

It is therefore clear that the yield curve is not alone in this, and that the economic cycle that started soon after the global financial crisis, is coming to an end even if a systemic crisis such as the one of 2008 might be avoided, a major repricing needs to occur in order to put things back into perspective.

The most concerning factor at this point is the dismissive attitude of the Fed towards these signals. It is true that an inverted yield curve does not cause a recession, but in the past, it has been a good indicator preceding one.

Investors, therefore, are now at the mercy of Fed chief Jerome Powell. The December Federal Open Market Committee will be crucial in order to understand what Fed monetary policies are going forward. An interest rate hike is already priced in, but will a dovish tone provoke another buying spree on the long part of the curve? What if Powell remains confident and continues to sound hawkish? Will bond investors be ready to let go of longer US Treasuries while there is clearly something boiling in the equity market? I believe that this it is unlikely. Therefore, although investors are at the mercy of the Fed, whatever Powell says, an inversion of the yield curve will happen and what follows will be unavoidable.

Be prepared for more selloffs and spread widening in 2019

We expect an inversion in the longer part of the curve in the next few months, as soon as Q1 2019, but a full-blown recession will probably not start until late 2020. This gives investors plenty of time to decide where they want to place their assets.

Volatility is going to be high and repricing in selective credit spaces may provide exciting opportunities. However, investors should be aware that valuations of US dollar denominated bonds will broadly depend on the movement of the yield curve, and here we predict a bearish flattening in which the short-term part of the curve rises faster than the long-term. There might be some further tightening in the long part of the curve if the US-China trade war escalates and the equity intensifies, however, we believe that the upside risk for longer maturities is limited as volumes in Treasury issuances remain abundant.

This basically means that if you buy the long part of the curve, you may experience tightening valuation, while for certain, if you invest in the short part of the curve, there is a big possibility that valuations will not be supported as the Fed will hike in December and at least once next year.

We prefer US IG credits in the short part of the curve while we are cautious of financials.

A flattening yield curve environment it is particularly difficult for the banking sector as their main activity is to borrow in the short term and lend at higher rates in the future, and profits erode as the yield curve flattens, or worse, inverts. In this space I believe it is important to avoid subordinated bonds and less liquid issues.

We believe that capital preservation in this environment is paramount, hence to avoid exposure to duration risk, we prefer shorter maturities up to three years of investment grade credits which have a pick-up over treasuries of around 150bps. This way, investors lock in returns for the next few years, and avoid rising inflation eroding the real yield offered by these bonds.

Yet, is inflation going to overshoot? I will explore this topic another time but from the graph below it is possible to see that while US CPI YoY (pink) points slightly upwards in October, the US CPI ex-food and energy (Green) is still decreasing. It definitely doesn’t look like inflation is getting to where the Fed expects it to, and the biggest risk is that Powell and his fellow FOMC members will overtighten the economy.

Podcast: Chinese regulator sees what many others refuse to: a bubble