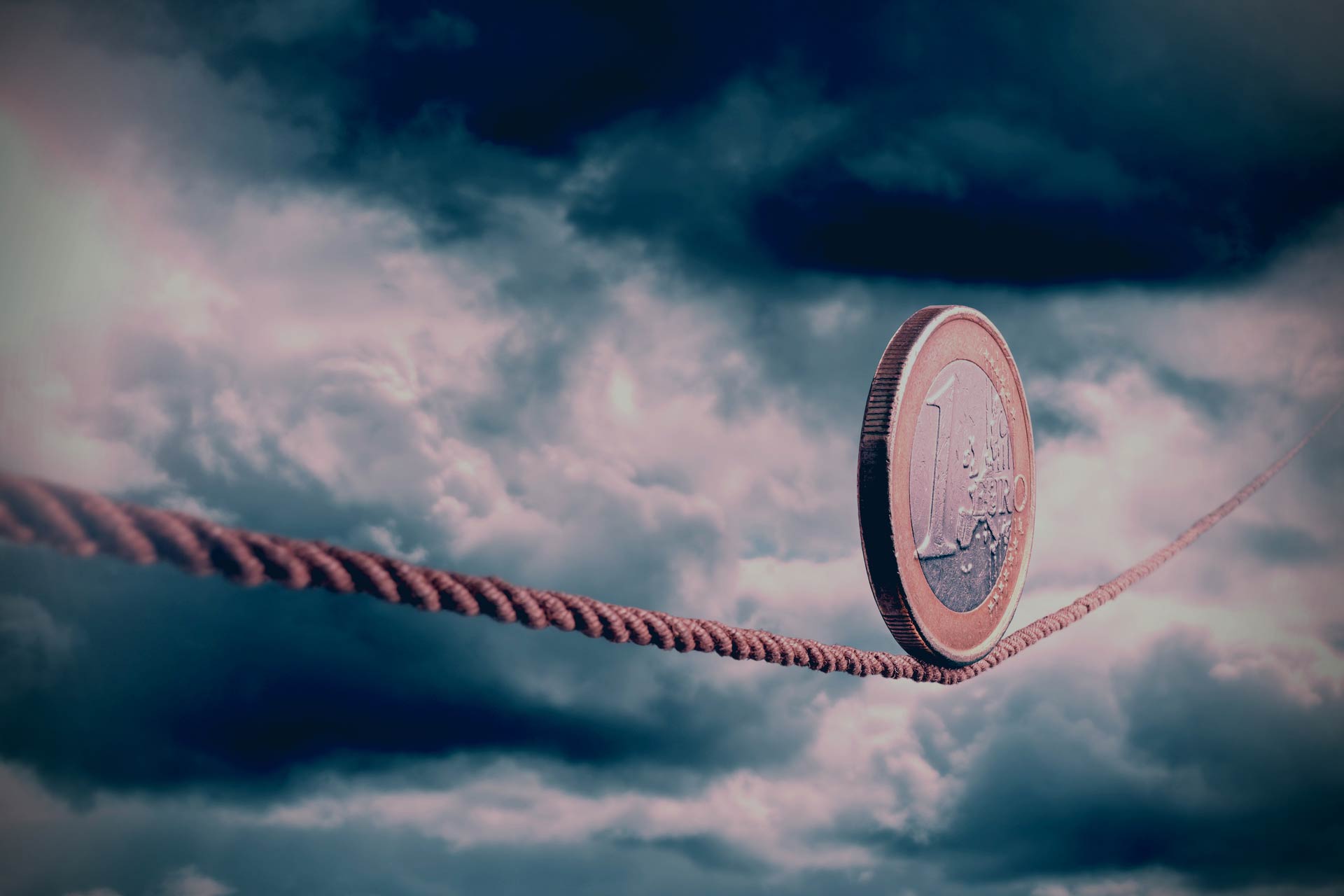 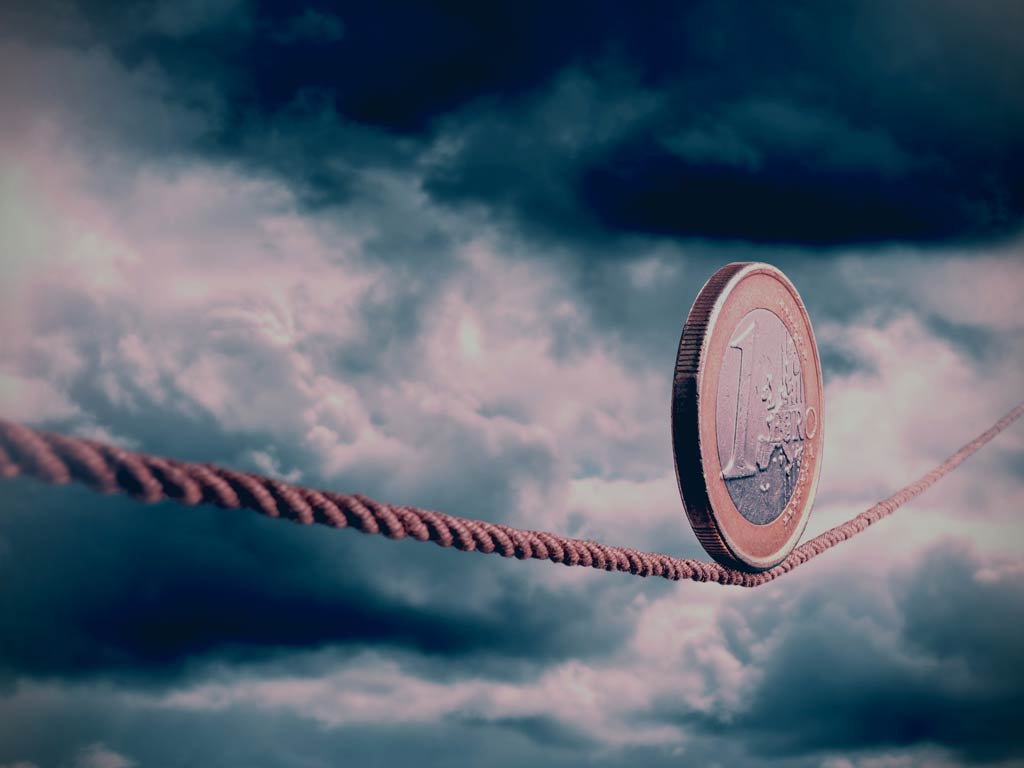 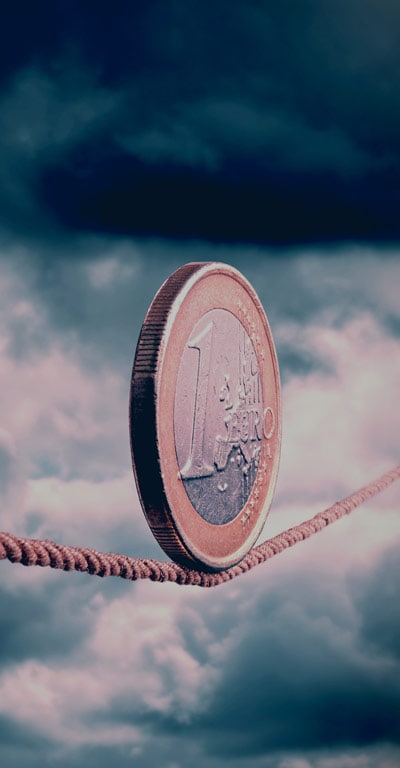 Summary:  An agreement in principle between German Chancellor Merkel and French President Macron on funding a half-trillion euro recovery package via the EU budget saw the euro rallying sharply yesterday, a day that also saw wild enthusiasm on hopes for a vaccine from early trials by a US biotech company.

The Euro rose sharply yesterday on an agreement in principle between German Chancellor Merkel and French President Macron on using the EU budget to fund an extraordinary recovery package for the Covid19 crisis. The deal would weight spending to the countries most affected by the crisis – i.e., southern Europe and France and would be funded according to normal “capital key” principles, i.e., Germany representing the largest contributor to the programme, thus a true “mutualization” of this portion of a vastly expanded EU budget, even if it is modest compared to national budgets.

The announcement was justifiably seen as an important step toward more solidarity from the EU, and the market reaction speaks for itself, as the euro rallied sharply against all safe haven currencies, most notably the hold-out EURCHF, which has now lifted over a figure and well away from the 1.0500 area the SNB appeared to be defending. Germany-Italy 10-year yield spreads are some 25 basis points lower today. Skeptics might point to the fact that all 27 EU nations must vote in favour of the deal before it moves forward, and at only a little over 3.6% of EU GDP spread over three years, the size leaves something to be desired. Still, it is likely enough to keep the EU existential wolves at bay for some time, assuming the measures move forward from here – with the next major test perhaps over the June 18-19 EU Council summit.

Risk sentiment saw a fresh strong boost yesterday from early trials of a vaccine from the US biotech company Moderna. We discuss those results and the difficulty of knowing how much hope to invest in the efficacy of this or any other company announcement based on early trials with a very limited number of tests on today’s Saxo Market Call podcast.

Today we will have a look at the political spectacle of US Treasury Secretary Mnuchin and Fed Chair Powell testifying before a US Senate banking committee on the CARES act and some of the difficulties that have arisen in distributing funding to those in need of it and much more. Political posturing ahead of the November 3rd election will increase as a function of the ebbing of the immediate medical emergency phase of this crisis. The two sides will engage in finger pointing on both the fallout from lockdowns and on the policy response and it won’t be pretty. As the economy continues to suffer, expect agreement on new measures in Congress to become increasingly difficult to come by even as the Fed does everything within its mandate, and arguably beyond its mandate, to provide support.

Chart: EURCHF weekly
The most notable euro pair on the move yesterday relative to recent action was EURCHF, where the market seemed to read yesterday’s agreement between Merkel and Macron as a loud signal in favour of EU solidarity relative to other developments in recent weeks and this helped boost EURCHF more materially away from the 1.0500 that it appeared the SNB has been defending. This package could be enough to boot further EU existential concerns over the horizon for a time if the package is approved and integrated into the EU budget. Not much chart resistance until 1.0800 if the key 1.0625-50 zone gives way here.

USD – the US dollar on its back foot nearly across the board safe for versus the CHF (see above) and the more sentiment- and safe-haven-yield-sensitive JPY. The quality of a sentiment shift like yesterday’s is difficult to hang one’s hat on – we’ll use the 3000 level in the S&P 500 as our global risk barometer pivot level and as a coincident indicator for USD direction (with further improvement in hopes for a recovery driving a weaker USD.)

EUR – the positive surprise from the Merkel-Macron deal reverberating strongly for now – with the next focus on the EURUSD level of 1.1000, while EURCHF remains perhaps a purer expression of further easing of EU existential concerns.

JPY – the Bank of Japan has announced an extraordinary meeting this Friday to discuss the lending programme ordered by the Abe government as government and central bank move in increasingly obvious coordination. The JPY didn’t react much to this announcement and continues to trade as a safe haven currency, i.e., the latest backdrop providing maximum weakening pressure at the moment.

GBP – sterling getting caught in the cross-fire. On the one-hand, hopes for a more promising post-Covid19 recovery are positive and helping to lift sterling versus safe haven currencies here, but on the other hand, more BoE talk of negative rate consideration (the latest from the BoE’s Tenreyro yesterday), concerns on funding UK current account imbalances, and the risk that post-Brexit transition period terms of trade with the EU will as the latter shows signs of more solidarity are negatives.

CHF – EURCHF lifting sharply off the recent range lows on signs of EU solidarity in the. A reversal of speculative bets and safe haven into CHF could see EURCHF lifting higher still for a time. First major resistance up into the 1.0800 area.

AUD – China moved ahead with tariffs of 80% against imports of Australian barley, a move seen in retaliation for Australia’s questioning of the origins of the coronavirus even if China claimed the move was against Australian dumping of barley hurting its domestic production. The AUD was slightly lower in the crosses, but still managed a strong day yesterday against safe-haven currencies. China is said to be considering move against Australia’s wine and dairy industries. Watching that AUDUSD range high at 0.6570 and then the next levels up toward 0.6675.

CAD – a massive run higher in oil prices and strong risk sentiment boost CAD once again versus safe haven currencies – the 1.3850 area range low is key in USDCAD, but no technical reversal structurally until the pair trades all the way down throught 1.3500.

NZD – the key bearish factor for the NZD is its clear intent to transition to a negative rate policy and its long term accumulated current account deficit. But getting a small leg up here against the Aussie on the risk to Australia’s exports from Chinese tariffs. Structurally bullish AUDNZD even if a significant short-term setback unfolds here.

SEK – good news for EU solidarity is good news for SEK, as EURSEK poked at the recent lows and has confirmed the 200-day moving average below 10.70 as the important resistance for now. The next zone of interest down into 10.50-40.

NOK – no drama today from Norges Bank’s Olsen, who suggested that the global monetary tool box is not empty. Little need for urgency from Olsen and company at the moment after the Norwegian government announced a huge stimulus package and with oil prices lifting significantly. EURNOK a bit sluggish – next major focus area all the way down at the 200-day moving average, which is rising toward 10.40 at the moment.